Finding a photo for this theme might be the easiest choice I have ever had to make for my photo blog. Two weeks ago my husband and I took a dream cruise to Alaska. One of the highlights of the trip was taking a helicopter ride over several glaciers and then landing twice on Bucher Glacier, near Juneau Alaska.

Our pilot Nate, was very excited about the beautiful weather we had that day. He took us to places that he hadn’t been able to get near in some time because of clouds and rain. I sent him photos a few days after and he replied telling me that he hasn’t been back to our magical locations since that day.

It’s nearly impossible to capture in a photo how beautiful the glaciers are from the air. Nate did a great job answering all of our questions. The dark trails in the glacier are sediment ridges or medial moraines, from the constant movement of the glacier and the grinding away of the mountains. Our second stop was near a deep moulin that really did go way down low. Some of them can go as far as a thousand feet down to the bottom of the glacier. Nate was much braver than I was to try and take a peek. 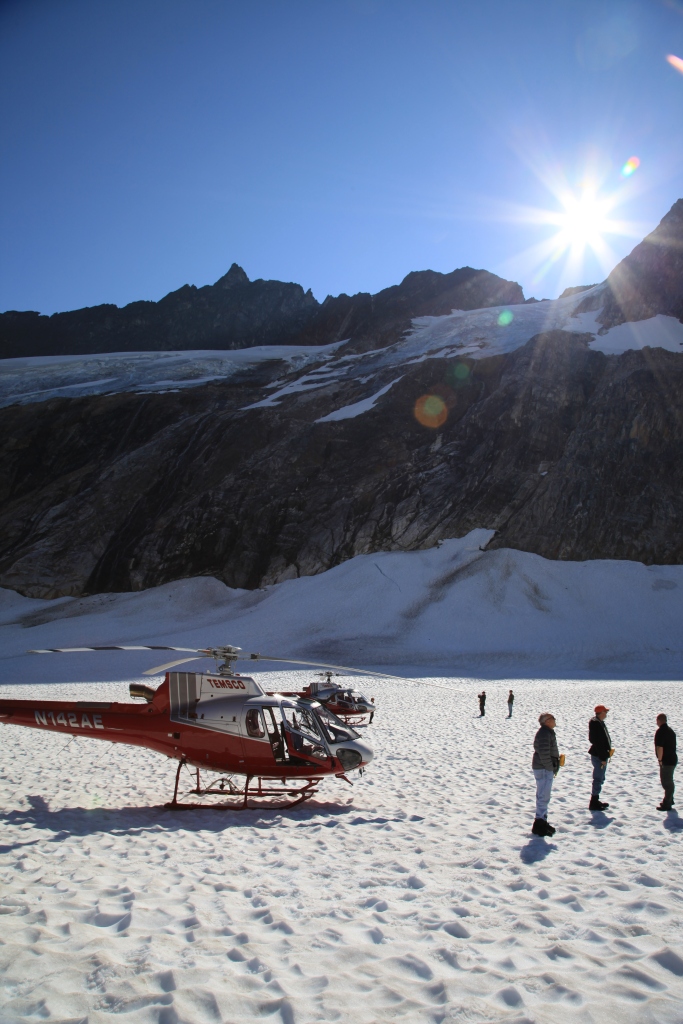 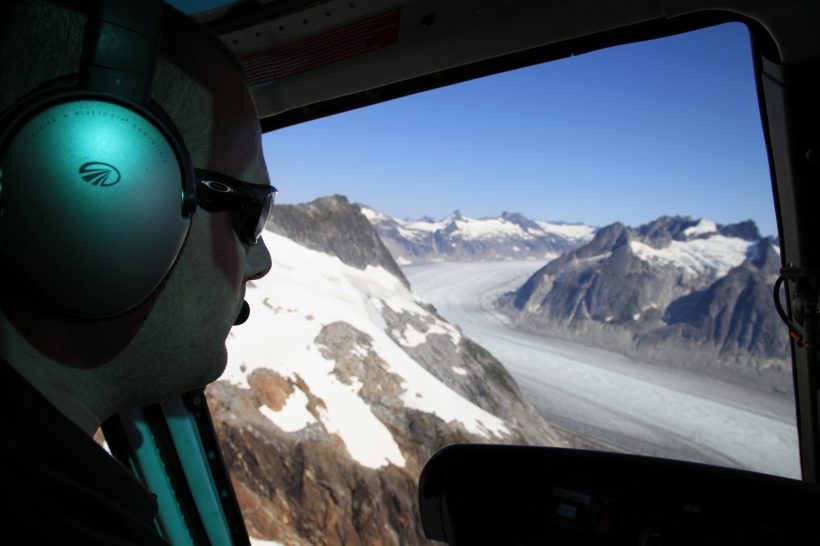 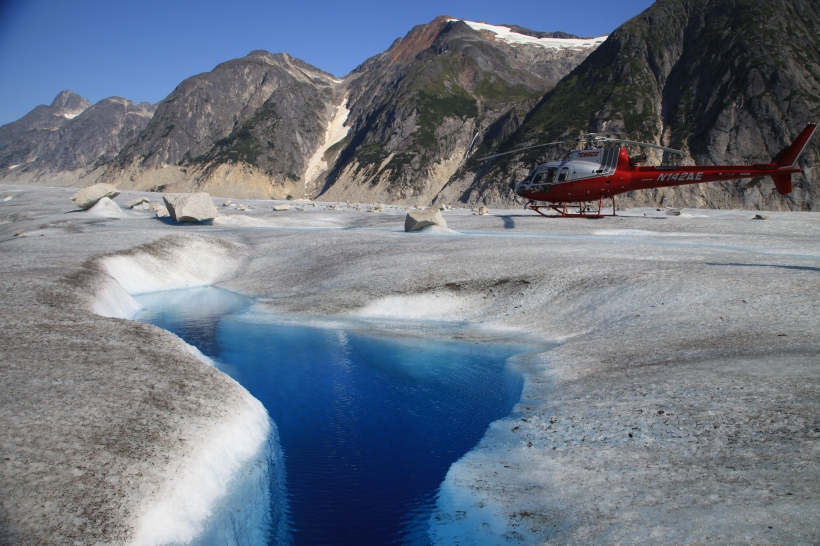 And finally… this is a photo I had been planning long before the trip! No I am not really sliding way down low off the glacier but in fact just laying on my stomach. I asked Nate to tilt the camera just a little to make it LOOK like I am sliding away. Apparently he thought it was funny too because I took a photo of him doing the same thing to email to him! 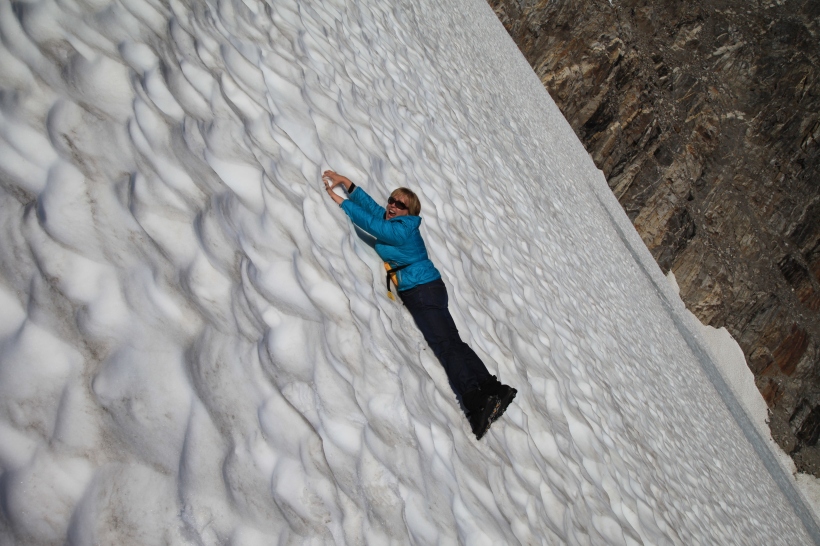 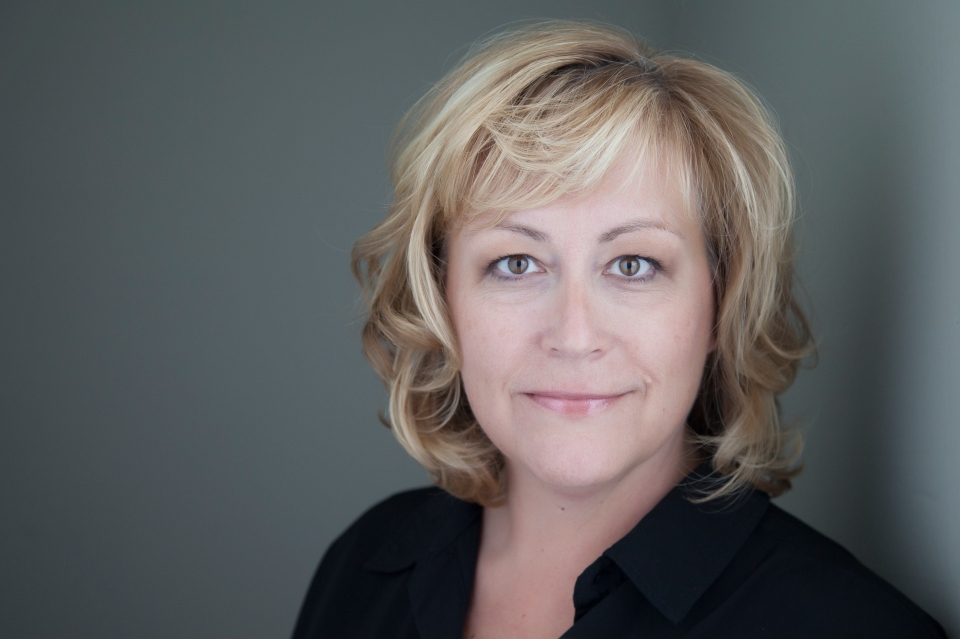