Yesterday I went to a spring training baseball game at Bradenton’s McKechnie Field. I had already decided before I left the house that I would try and take a photo to fit my “Row One” theme. I was sure that the photo would be of a very excited row of people sitting directly behind home plate! But, as I looked around the newly renovated stadium I quickly decided that I wasn’t sold on that “Row One” being the best seat anymore. I decided this theme will have to be a series of different photos showing and telling why I think I might like to watch the game from a row other than the obvious “Row One.”

Being a player and watching from the dugout would be a great row one. Besides a good view I’d love to hear the conversations going on between the players and the coaches! 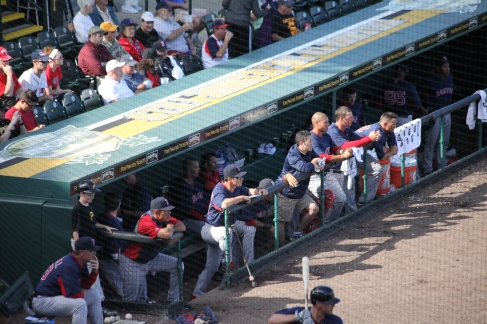 This bat boy was probably excited about his row one position. I was smiling just watching him and thinking about  what a thrill it must have been for him to have that job for the day.

The new bar in center field has a pretty great view. People were really friendly out there!  I love the seats that line the entire outfield. It was a perfect day to be sitting there. I’m not so sure it would feel so perfect on a hot, sunny day. 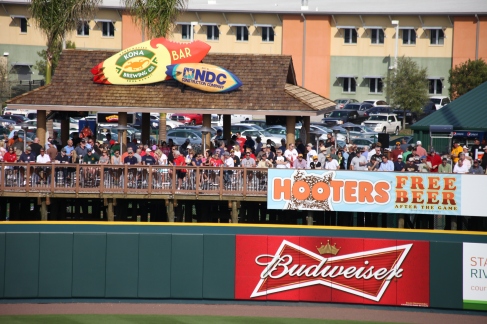 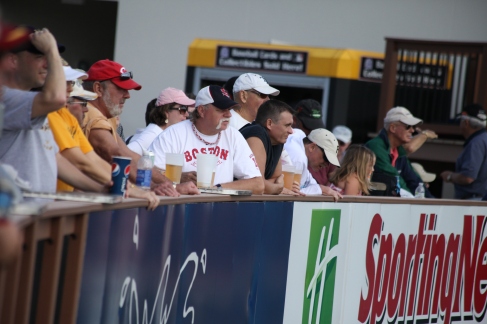 I wondered if this guy thought his front row seat was still good as he was being beat up by one of the team mascots?! 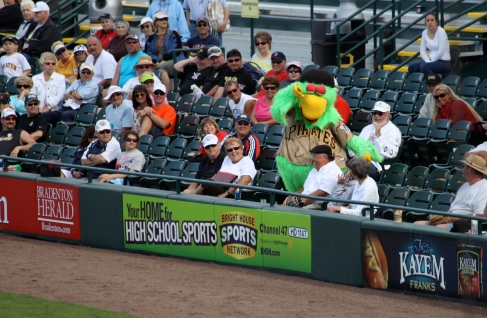 The Bradenton Mayor and his guests had a pretty good view. 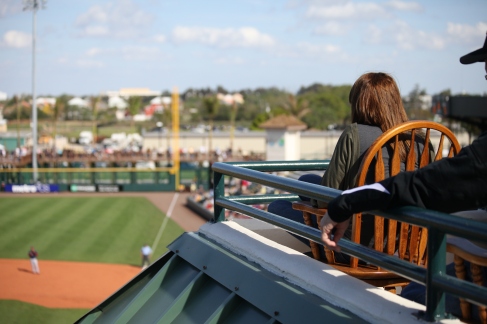 The press box wasn’t to shabby either… shhhhh 🙂

But THIS is my idea of the BEST “Row One” seat. I would have traded with that guy all day long! 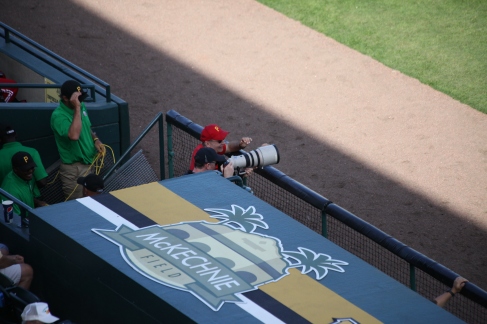